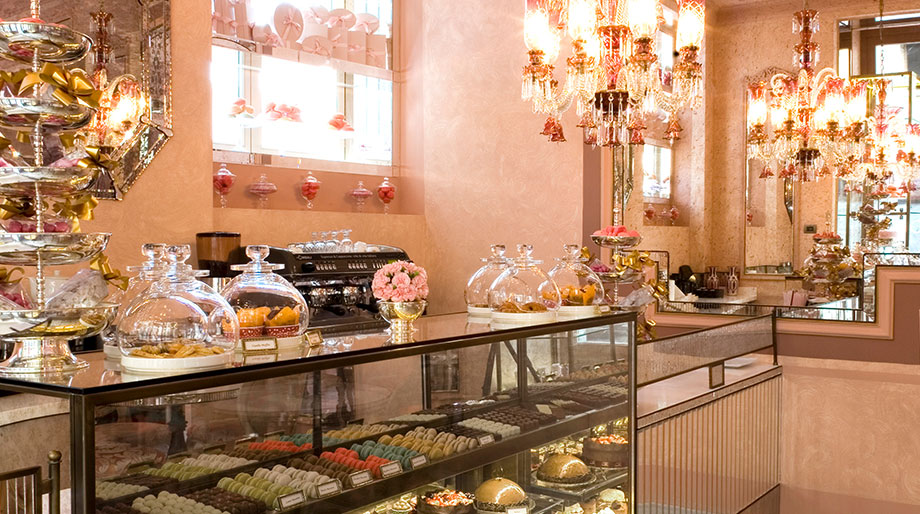 “The dessert history stretching from Istanbul to Anatolia includes a wide range of baklavas, rice puddings, and Turkish delights from the Ottoman Palace to patisserie products such as biscuits, tarts, and pudding that came to Pera in the middle of the 19th century.” Assoc. Dr. Özge Samancı, Head of Gastronomy and Culinary Arts Department

The term pastry shop, which was the first meeting place of many couples in the past, is said to be derived from the Persian words “hane,” meaning “place,” and Italian “pasta,” meaning dough. With the westernization movement after the Tanzimat, the patisserie culture entered our lives with the return of the non-Muslims and the population who went to Russia and Poland for business. The patisseries, whose legendary desserts and witnessing history, hosted many taste lovers, including famous names. Although some of these deep-rooted patisseries are not in our lives, there are still some who continue to host us! Here are some of them! Turkey’s first patisserie, Lebon, was established in 1886 by Eduard Lebon, who left the kitchen of the French Embassy, in shop 362, on the corner of Passage Oriental on Istiklal Street. The motto of Lebon Patisserie, which has regulars such as Namık Kemal, Pierre Loti, and Yahya Kemal, was “Chez Lebon, tout est bon,” that is, “Everything is good in Lebon.” The interior design of Lebon Patisserie, which is famous for its French dragees, cakes, and service quality, bears the signature of Alexandre Vallaury – as can be understood from the “Art Nouveau” tile wall panels. After being bought by Avedis Ohanyan Çakır in 1940, these fascinating wall panels were identified with the Markiz Patisserie. A sweet stop that must be visited before going to an exhibition or play in Beyoğlu is the first place that comes to mind when profiteroles are mentioned. According to the rumor spread among the people, Lucas Zigoridis, the founder of the historical İnci Patisserie, created the recipe for profiteroles inspired by a French dessert. In 1944, he opened the Historical İnci Patisserie, which is still in existence from the past to the present, in shop number 124 in the Cercle d’Orient building.

However, İnci Patisserie, which was evacuated in 2012, continues to bring its profiteroles, whose fame goes beyond cities, to its guests in Beyoğlu Mis Street after a short break. Nisuaz Patisserie, one of the old patisseries of Beyoğlu frequented by intellectuals, was founded in 1920 by Niko Kiricis. It hosted such precious names until that terrible fire in 1967! Enough to envy time travel, take all literature lovers to Woody Allen’s line “I want to escape from my own time to the golden age” in Midnight in Paris! So many valuable names, from Ahmet Hamdi Tanpınar to Arif Dino, from Sabahattin Ali to Cavit Yamaç, were the regulars of this humble patisserie. Savoy Patisserie, which Monsenior Koço opened in 1950 in Cihangir, was taken over by Erol Beri in 1960 and by Mordo Levi, Erol Beri’s relative, in ’64. In 1978, Mahmur Taşçıoğlu, together with his two partners, Even though Baylan Patisserie is now located outside of the Beyoğlu region, it was a patisserie that should be on this list with its deep-rooted history and flavors from the past to the present. Baylan Patisserie, the same age as the Republic of Turkey, was founded in 1923 by Filip Lenas. Karaköy branches were opened in 1925, and the Kadıköy branch was opened in 1962. The signature flavor of Baylan Patisserie was Kup Griye, which is among the Classic Istanbul Tastes and whose recipe was created by Harry Lenas. Kup Griye, prepared by mixing vanilla, caramel ice cream, whipped cream, honey almond, and caramel sauce, has welcomed its guests with the same recipe and flavor since 1954. Patisserie de Pera, right in the heart of Pera Palace Hotel, the nature of Beyoğlu, taking its guests on a short journey with its 130-year history… Patisserie de Pera, redesigned in 2013 by Anouska Hempel, known as the ‘decoration queen’ -Lebon, Markiz, Nisuaz. Then, we hold on tight to our day, where many patisseries remain in good memories and stories. With its handmade chocolates, authentic French cakes, and unique flavors, Patisserie de Pera offers its guests a fairy-tale atmosphere full of exceptional tastes with its historical pastel tones, keeping its deep-rooted past and values alive, exquisite presentations, and the scent of freshly ground coffee. Known as the old name of Beyoğlu, Pera means “opposite, beyond, other” in Greek. According to one of the rumors, the term Beyoğlu originates from…