Pera Palace Hotel was built in Beyoglu to host the precious guests of Orient Express, the most famous train of the period, the heart of Istanbul at the end of the 19th century, and hosted many prominent names from the past to the present. Mata Hari was the dancer and the most famous female spy in the history of the world. Mata Hari stayed at the Pera Palace Hotel during an Istanbul visit before being executed in France in 1917.

Mata Hari, whose real name is Margaretha Geetruide Zelle, was executed by the French because of working on behalf of the Germans during World War I, and she always got a lot of attention because of her sensational life.

On August 7, 1876, Mata Hari was born in the Netherlands as a daughter of a hat-maker and a rich mother. The young woman, who completed her education in the monastery, met with Major Rudolf ‘Jonny’ Macleod, the love of her life through a humorous advertisement she saw in the newspaper when she was 19 years old. As soon as they saw each other, they fell in love, and the couple got married shortly. Mata Hari’s husband was 20 years older than her, and she was frequently relocated because of her job. For this reason, the young woman lived in Amsterdam and the island of Java for a while. While living on this Indian island, Mata Hari became interested in dance, and after leaving the island, she divorced her husband due to his dependence on alcohol. After the divorce, Mata Hari moved to Paris, where she discovered her passion for dancing and started to make a living from it. 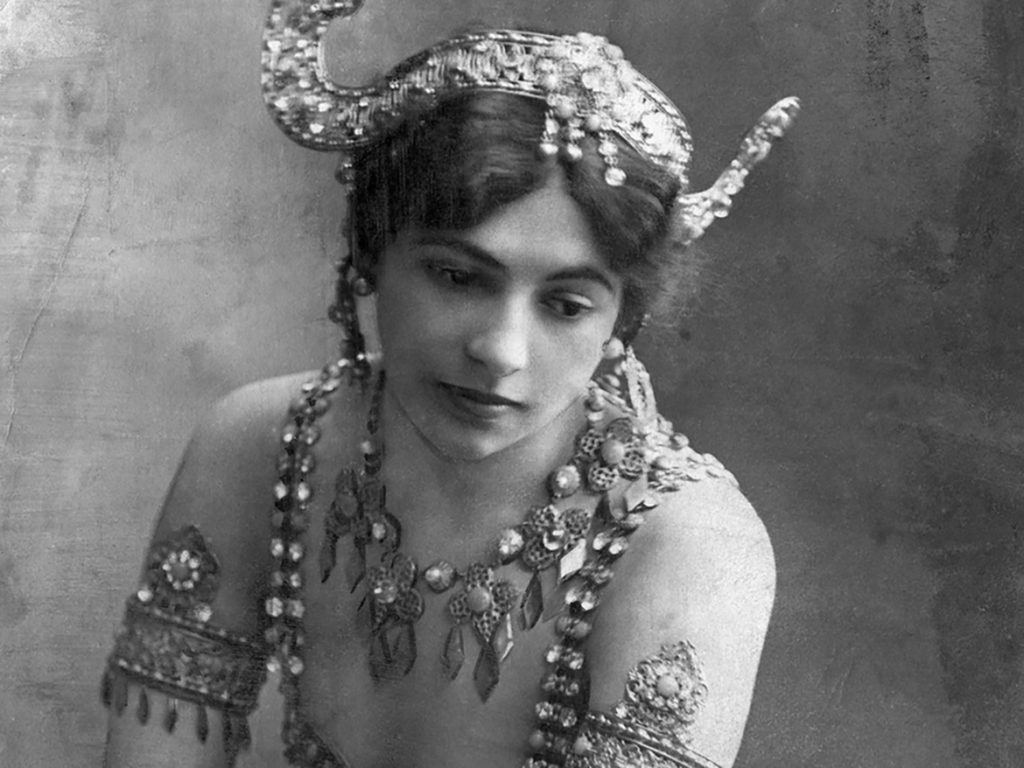 Mata Hari became famous for her outstanding dancing skills and attracted everyone’s attention. So much so that her fame spread over Paris and reached popular European cities such as London, Vienna, Berlin and Rome. She was adored by an elite group of influential people, both artists and politicians, heads of states, ministers. In this way, Mata Hari, who acquired a significant circle of people, exercised spying training by the Germans and began to work for them.

Mata Hari studied spying in Germany a few years before the First World War and returned to Paris in 1915 with the code H21 in the secret service. After a while, the French anti-spying organisation realised that she was working for the Germans; she was offered to work double-sided by French.  Mata Hari, who seems to have accepted this offer, could not succeed to have the trust of the French. After a while, they realised that Mata Hari was still working for the Germans.

As a result, Mata Hari was arrested in Paris on February 13 1917. About the 30,000-Mark bill found in her house, she said “gift”, but the French suspected her and sentenced her to death. Mata Hari’s last sentence before her death is known to be as follows; “What will the French win me for killing, the war?”. She also showed real courage and calmness when she was executed by rejecting her eyes to be closed while she was executed by 15 soldiers by firing on October 15, 1917.